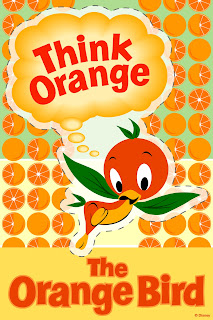 When Walt Disney World opened in late 1971, the resort could claim many unique features—most notably in the categories of size, transportation and recreational offerings compared to the original Disneyland in Anaheim, CA. 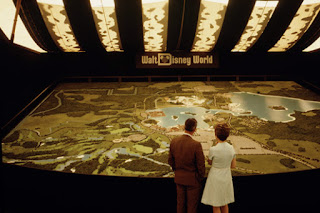 However, much of the content within the theme park was a reflection of those found in Anaheim. The initial plan was for Walt Disney World's Magic Kingdom to feature a similar layout to Disneyland, debuting new, different attractions mixed with a selection of shared ones. During construction, time and budget crunches weakened the brew, leaving Florida only a handful of unique attraction offerings. 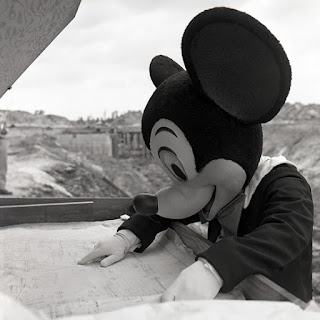 Over the decades, with the global sprawl of Disney's domestic and international theme parks, a homogenization of elements became de rigueur. This, plus the accumulated experience of customer trends and market research aided a justification for overall consistency with fewer touches proprietary to a single area.

What marketing surveys and polls can't always nail is the nostalgia factor. User-controlled media the likes of fanzines, message boards, podcasts and blogs wield the ability to raise eyebrows and awareness of even the most trend-savvy analysts. It is largely due to the breadth of the internet that some things, deemed worthless, regain their capitalization potential and find their way back into the public consciousness.

Those of us who watched television commercials and spent time at Walt Disney World during the 1970s have recently been reunited with a familiar friend. Spring 2012 restored a seemingly simple and largely forgotten icon from the tangerine-hued ether, as the Florida Orange Bird resumed his place behind the Magic Kingdom's Sunshine Tree Terrace snack counter. 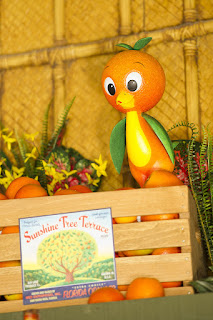 Over 25 Years Later, The Orange Bird is Back Where He Belongs
Image courtesy of Eating WDW Blog

Despite the burgeoning homogenization factor, the Orange Bird's restoration signaled an stabilizing modicum of individuality to Walt Disney World. He is one of the only unique icons of the resort's history: a distinct identity that was never copied anywhere else.

Beyond being represented on a sampling of new merchandise, the loveable avian/citrus hybrid adorns a large attraction poster under a main entrance tunnel into the park, and atop the "throwback" marquee, with proper font restored in place of the prior (and rather generic) interim typeface. 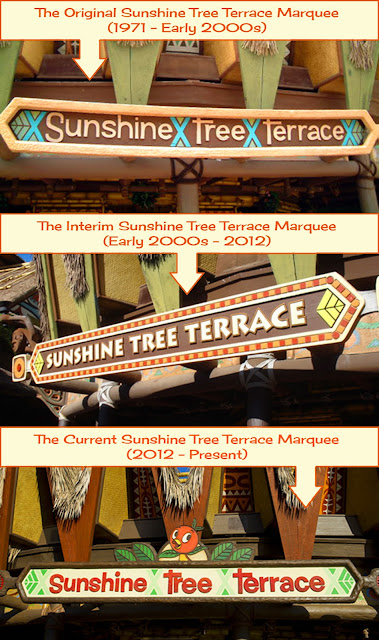 A Visual History of The Sunshine Tree Terrace Marquee
© Disney

The cost and effort behind the return of something as unremarkable as a long-discontinued, 40-year old Florida Citrus Commission mascot speaks volumes on the impact of user-based media. Minus the online recognition by those who simply remembered the character fondly, the formal reestablishment of The Orange Bird at Walt Disney World would never have surfaced*.

I won't go into a great deal of background on the character here, as there have been a multitude of resources online over the past few years chronicling the Bird's history and return. The most notable and informative of these you can discover in the following links:

Widen Your World was the first website to provide a solid, well-researched overall history of the character:

Jim Korkis, Disney Historian and author of the excellent The Vault of Walt and Who's Afraid of Song of the South & Other Forbidden Disney Stories, placed his research efforts and eye for detail on the Bird's notoriety with three posts, spanning five years via MousePlanet:

Mr. Korkis has also put up another post at Jerry Beck's Cartoon Research site, with information on the Bird's singular animated short film Foods and Fun: A Nutrition Adventure for Walt Disney Educational Media, produced by Rick Reinert Productions (including a full video of the short):

In His Own Words: Director Dave Bennett on Disney's "Orange Bird"

The eloquent Michael Crawford at Progress City U.S.A. provides further history with a thoughtful essay on the impact of the character's relationship to Walt Disney World during the resort's challenging early years**:

FoxxFurr's Passport to Dreams Old and New covers more in-depth history and provides intelligent insight on the practical character design aspects, and the character's overall aesthetic appeal upon the 2012 return of The Orange Bird:

Over at Miehana, the talented Kevin Kidney briefly recounts his participation in uncovering the hidden location and restoration of the original Orange Bird figurine, and a good look at the improved paint finishing bestowed upon it:

Kevin Kidney – In the Shade of The Sunshine Tree

My own early online efforts were on display in 2007, when I created custom desktop wallpaper for Jeff Pepper's exemplary 2719 Hyperion blog: 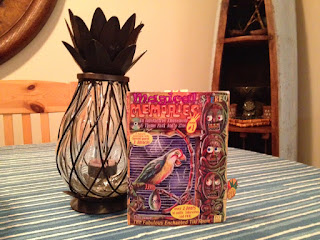 Nearly a decade ago, I was fortunate enough to purchase a rare gem of the aforementioned user-based media. At that time, a search on the subject of The Orange Bird garnered scant results, save for a few crumbs of information and a heaping teaspoon of items on eBay. One afternoon, I noticed a message board posting with an ad for the premiere issue of Magical Memories Magazine, an audio fanzine consisting of 2 CDs with narrated content about a particular theme park attraction. Here was user-based audio which predated the podcast explosion to come, about a year later. MMM #1 was themed to The Enchanted Tiki Room of Disneyland (Disc 1) and Walt Disney World (Disc 2), with ornate packaging and inserts. 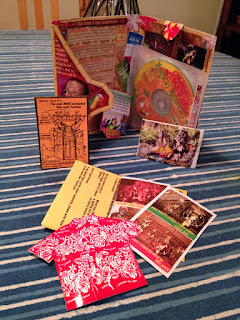 The 'zine did not feature attraction audio, opting for original content: in-depth history on the mid-century tiki craze, stories and recollections from those who'd worked and maintained The Enchanted Tiki Room on both coasts, an exclusive interview with Disney Legend X. Atencio, and... a thirteen-minute audio history of The Florida Orange Bird.

All this was constructed and offered by a gentleman named Jesse Guiher: an ambitious Oregon-based artist and designer. I contacted Jesse earlier this year, and got a bit of background on the history of his Magical Memories Magazine project (two other issues followed before he ceased production, MMM #2 focused on the Disneyland Haunted Mansion Holiday overlay, and MMM #3 looked at the myriad attractions inspired by 20,000 Leagues Under the Sea).


"I only had one other person to help with the 'zine, so it was a long, laborious process to do each issue, as I did everything from interviews to editing to graphic design and art, it was a lot of fun but such a great deal of work that I didn't have time for anything else. [I]ronically, it was the beginnings of success that killed the 'zine: I couldn't fulfill the orders fast enough [or] on time, once they started pouring in on the third issue."
– Jesse Guiher, May 2012

Jesse also very generously gave me permission to post the long out-of-circulation Orange Bird History audio (note: history covers the years 1970–2004) here for everyone to enjoy. All participants on MMM #1 used pseudonyms, with the exception of Jesse himself, who took on the role of host and interviewer throughout the 'zine. The author and narrator of The Orange Bird History audio is known as "Howard"—hit the play button to listen right here:

Jesse is currently working on a new kids noir web comic, and you can see samples of his artwork over at TigerTailArt—make sure you tell him thanks for sharing!


* To be fair, the only other potential factor was a merchandise push of the character in the early 2000s to Japanese consumers (be sure to read the Widen Your World article for details.)

** Crawford's post speaks of the loss of the character: his post was published in November 2011, unknowingly foreshadowing the Bird's return to the Sunshine Tree Terrace in April 2012.