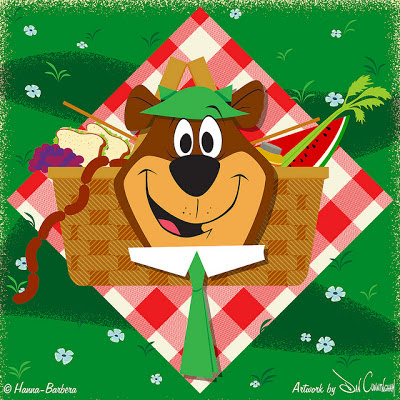 "Smarter than the av-er-age bear!" More goodies from a pic-a-nic basket of original illustrations: presenting the latest in a series of square "vignette" illustrations based on early Hanna-Barbera TV cartoon characters—this time we recognize the two most notorious residents of Jellystone National Park. 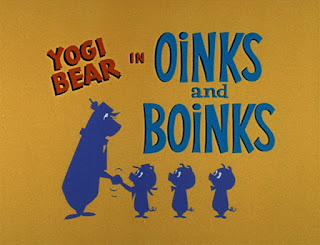 The Huckleberry Hound Show was an immediate hit when it premiered in 1958. Huck had the spotlight for the opening cartoon short, but forever humble, he shared the balance of the program with two other sets of cartoon characters: Mr. Jinks & the "meeces" Pixie and Dixie, followed by Yogi Bear and his faithful buddy Boo-Boo. Yogi's popularity quickly skyrocketed, allowing him to spin-off onto his own self-titled series in 1961—cementing his place as an icon for Hanna-Barbera in the decades to follow. 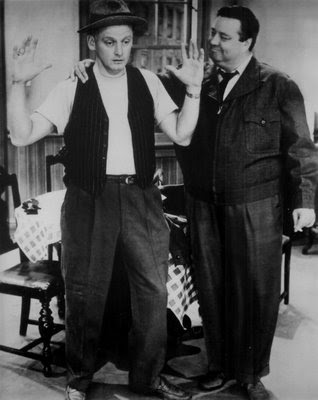 Yogi Bear's appeal and popularity comes by way of good genes: though his name suggests baseball heritage, Yogi's ebullient and carefree attitude was based primarily on actor Art Carney's portrayal of Ed Norton on Jackie Gleason's The Honeymooners, television's popular comedy sketch-turned-series. Bill Hanna and Joe Barbera clearly admired the pairing of Gleason and Carney, as the stars of their most popular creation The Flintstones are more than just a coincidental reflection of The Honeymooners cast and premise. 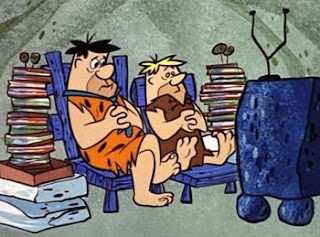 Flintstone and Rubble Were Obvious Tributes to Gleason and Carney
Image ©Hanna-Barbera & Courtesy of TopTenz.com

Bill and Joe tuned in to the attitude and comic timing of Carney's Norton just enough to wring two similar, yet wholly unique characters from the performance: namely, Yogi Bear and Barney Rubble on The Flintstones. 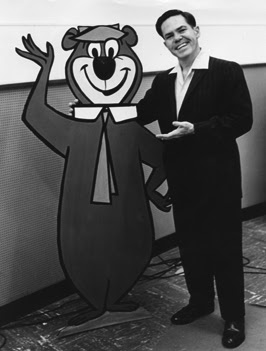 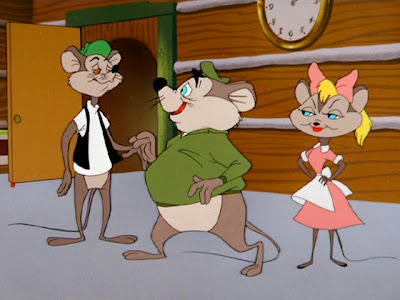 Prior to Yogi Bear, Daws Butler's Animated Carney Impersonation Showed Up in Robert McKimson's Honey-Mousers Shorts for Warner Bros.
Image ©Warner Brothers & Courtesy of Once Upon An Artist

By the time Butler spoke for the Bear at H-B, he softened the voice slightly for Yogi, likely due to the lead role, and a greater share of dialogue. 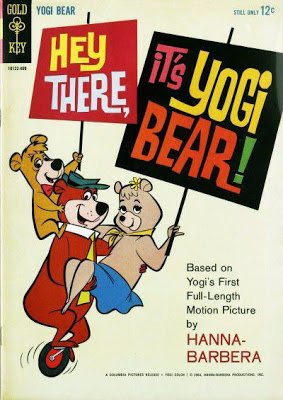 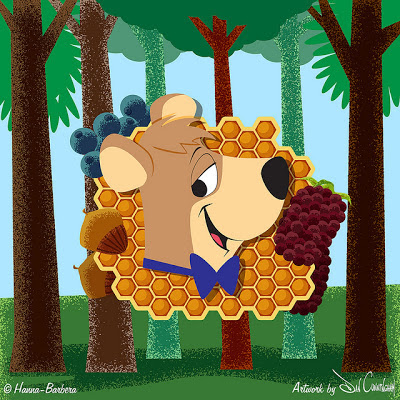 Boo-Boo is the best friend and unwilling conscience to the boisterous (but good-natured) Yogi. He knows he should heed the word of Ranger Smith and forage for nuts and berries, but often joins in to reap the rewards of Yogi's persistent picnic basket filching. 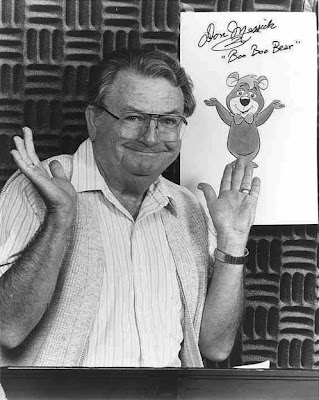 Boo-Boo is the first character in the vignette series voiced by Don Messick, who masterfully and dutifully provided sidekick and incidental voices for early H-B productions when most of the lead roles were provided by his friend and voice-over contemporary, Daws Butler. Don's talent and versatility shined in the early cartoons—in a few years he would land the role of one of Hanna-Barbera's most enduring characters, as the voice of Scooby-Doo.

Once again, I remind those interested in the early, ground-breaking years of Hanna-Barbera Productions to visit YOWP a site which centers on the theme of this series of illustrations: fascinating minutiae on the earliest Hanna-Barbera TV cartoons. Detailed notes on the music, creative talent, promotional materials, shows and individual shorts the likes of remain unmatched anywhere else. CLICKING HERE will guide you to YOWP's content featuring all things Jellystone Park.

The addition of Yogi and Boo-Boo brings us to five illustrations, you can view the entire series to date on Flickr here: Hanna-Barbera Vignettes
Posted by Dan at 6:09 PM No comments: