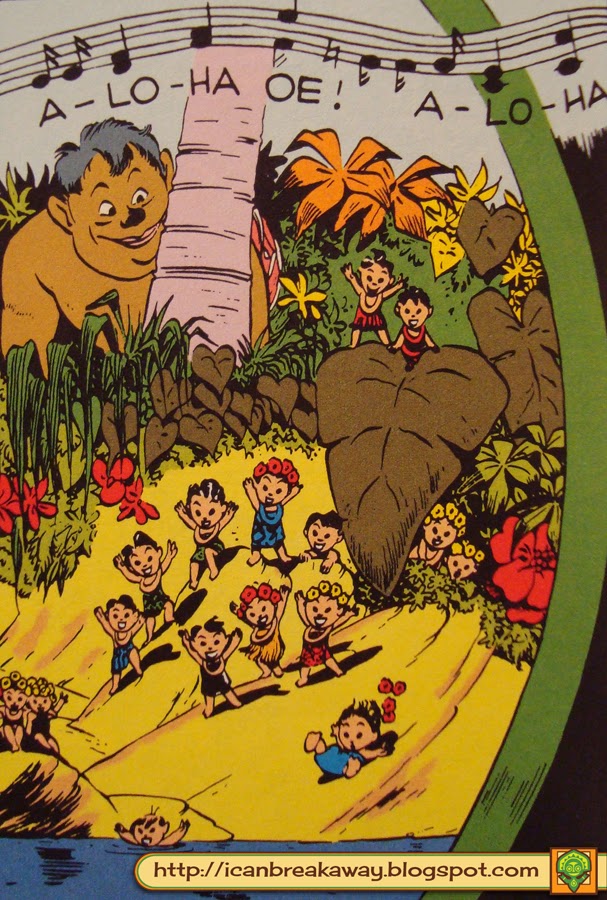 Aloha, and welcome back for the first post in quite a few weeks! Much of the U.S. has been caught up in a icy start to 2014—here in the northeast, a weather system known as the polar vortex welcomed in the new year. It continues to repeat, leaving most of us pining for warmer climes. During cold spells like this, sun-kissed, far-away places like the Hawaiian Islands seem farther away than ever. So what's the best way to combat freezing temperatures? Bundle up and let some music take you away to somewhere warmer... 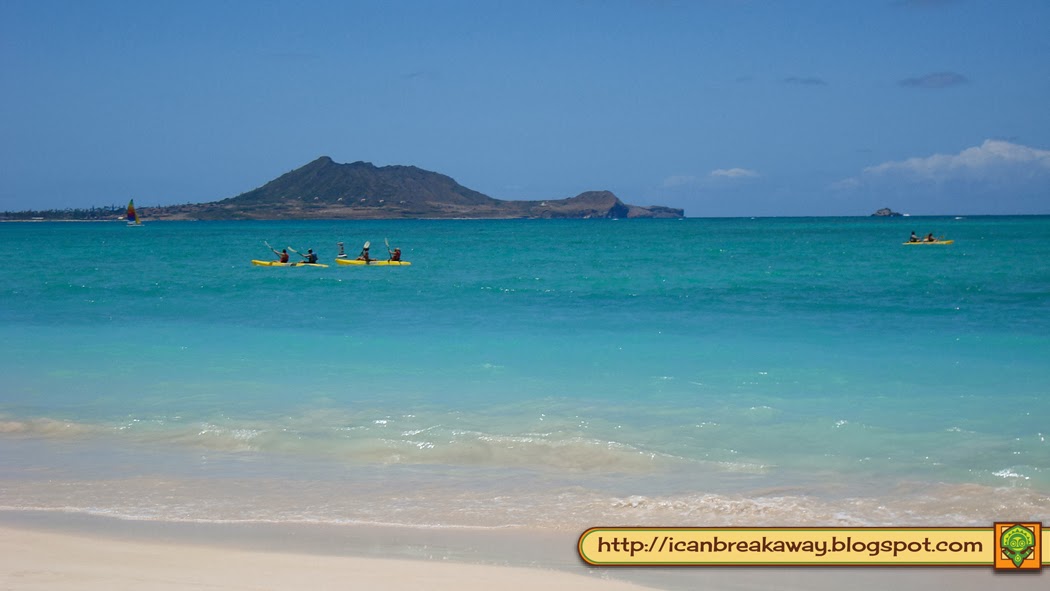 If you've visited or have even the most basic knowledge of the 50th state, it's easy to understand Hawaii offers much to please all five senses: unique views, scents and flavors are revealed around every turn. Native Hawaiian culture trumps or intertwines much of the urban influence from the mainland, and even the pace maintains a distinct tempo. This is especially evident in the music that originates from the islands, which is the very subject of this season's playlist suggestions. 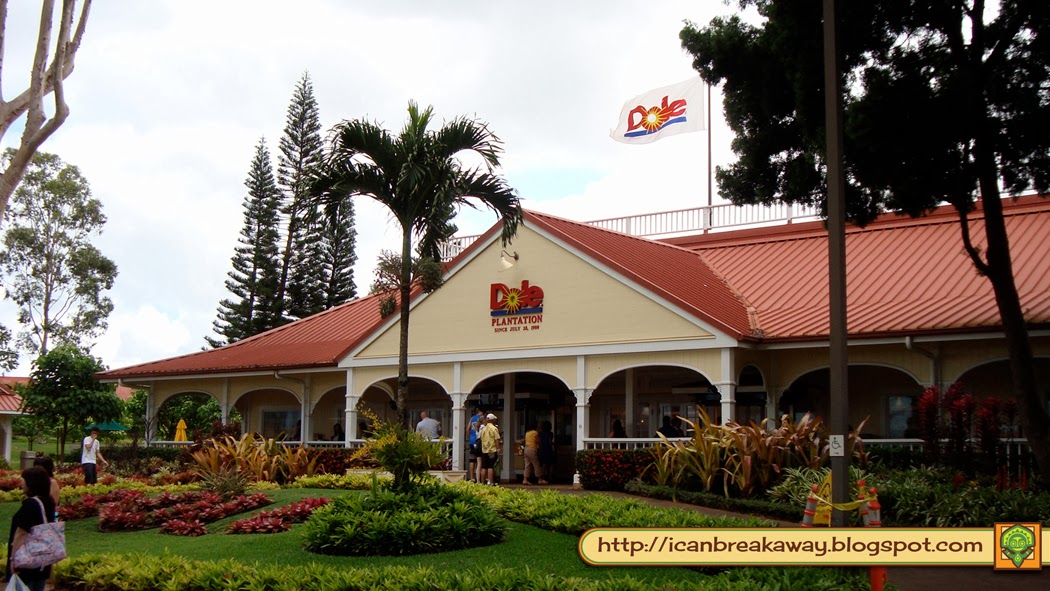 Whether you're shopping, strolling, or driving, it's hard to avoid slack-key guitar music on a visit to any of the Hawaiian islands. Even the train tour at the famous Dole Pineapple Plantation plays a lighthearted recording of slack-key guitar as the miniature train trundles along past pungent, never-ending fields of pineapple plants. 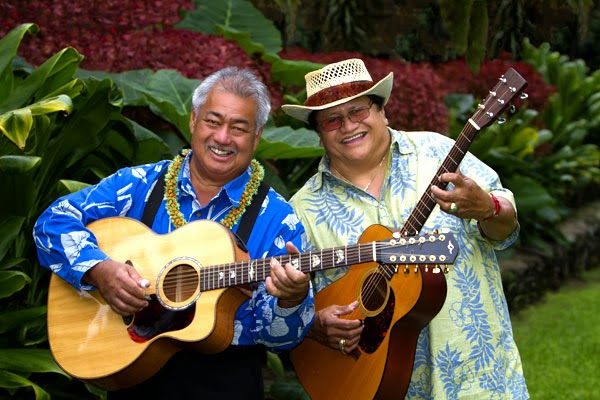 Sometimes peppy, sometimes dreamy, slack-key is a fingerstyle of guitar playing, with one or more of the tuning keys loosened to create the sound that unmistakably represents and identifies Hawaiian culture. The practice goes back to the early 19th century, when Spaniards passing through Hawaii taught the slack-key technique during their visit, letting the Hawaiian people practice and re-develop the technique. Slack-key style combined with steel guitar and the iconic ukelele provide the signature sounds of Hawaiian music. 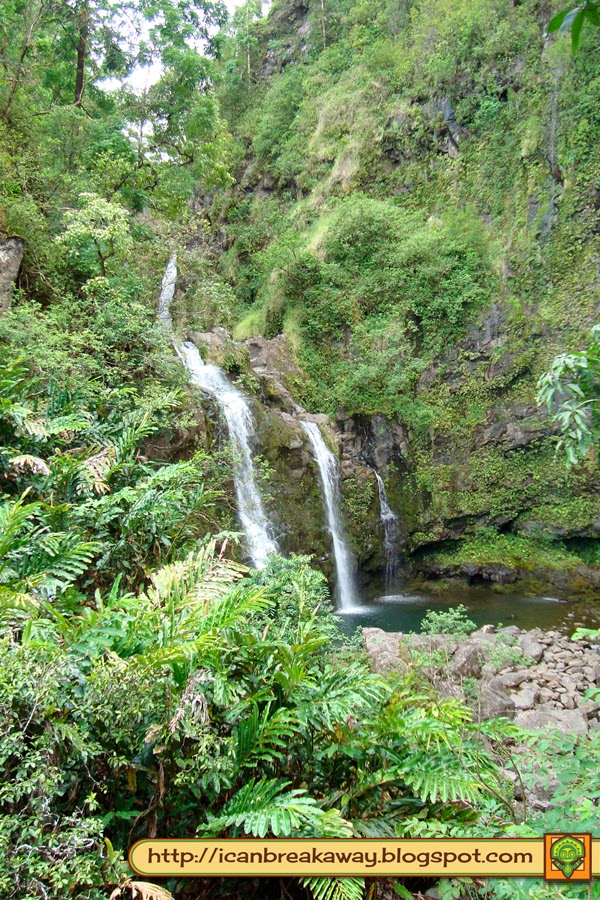 The local music matches the beauty and tranquility of the land: from bustling Waikiki, to the rustic roads of Maui, to the varied terrains of the Big Island, to the wild rainforests of Kauai.

Music and Cocktails Go Together

While there is plenty of variety to Hawaiian music, the songs suggested here are some of the most well-known, and intended to set a mood—in a few months, we'll visit Polynesian music with a more expansive theme of the exotic South Seas to suit the setting of a classic mid-century Tiki bar. That's not to say we can't prepare a nice tropical drink to enjoy with the music before then. Here's a simple and delicious recipe: 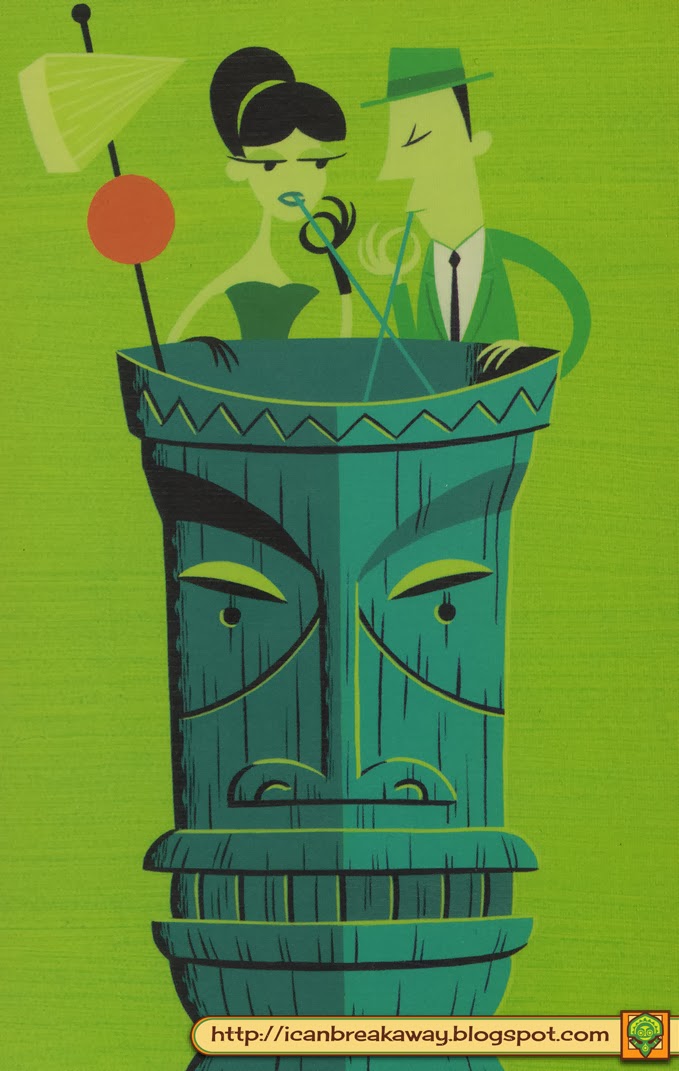 Joshua "Shag" Agle has done his part to re-introduce Tiki culture into the 21st century. His appealing paintings and illustrations restore the hip, mid-century lounge scene with bright, vibrant colors and a design sense that evokes that era, yet is fully functional in the current day.

The drink featured comes from a beautifully illustrated package of cards called "Shag's Tiki Drinks Deck: 52 Ways to Shake Your Way to Paradise"—the card set sold out long ago, but a Google search might uncover a set for your own home bar set-up. Click the link below to search: 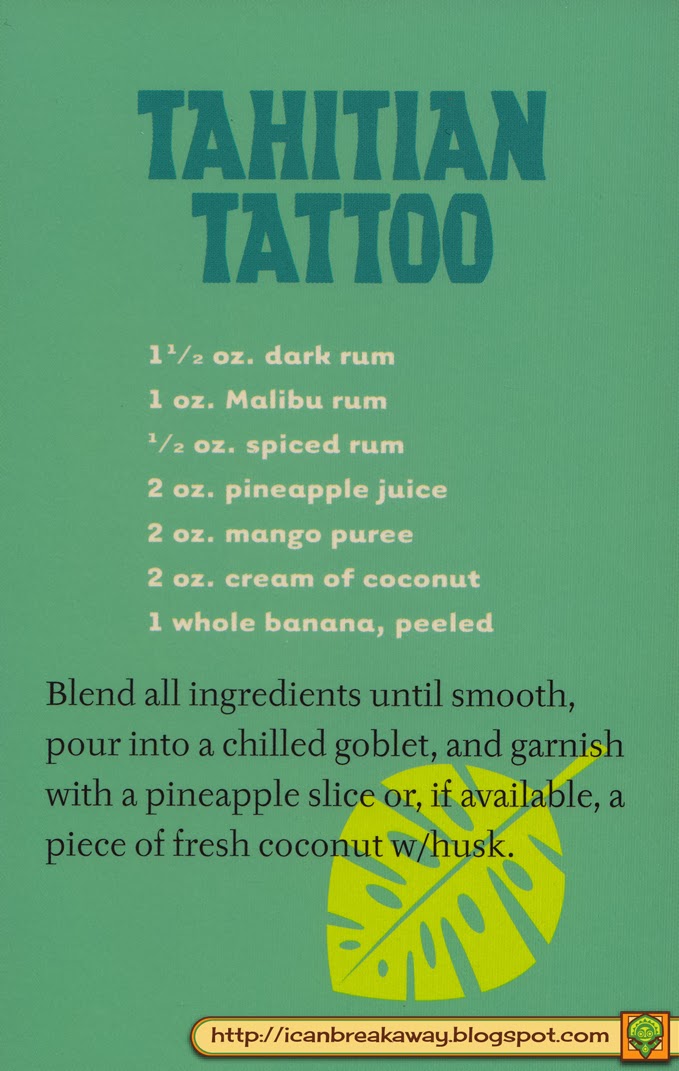 Even though we're not talking Tahiti this time, it's a relatively close neighbor. The ingredients needed are exemplary of Hawaiian flavors and easily attainable, making the Tahitian Tattoo is a pretty simple drink to prepare. It might just make you forget the cold winter months for a while.

Click the recipe card on the right
to enlarge and print at your convenience:

With the libations taken care of, let's have some music... 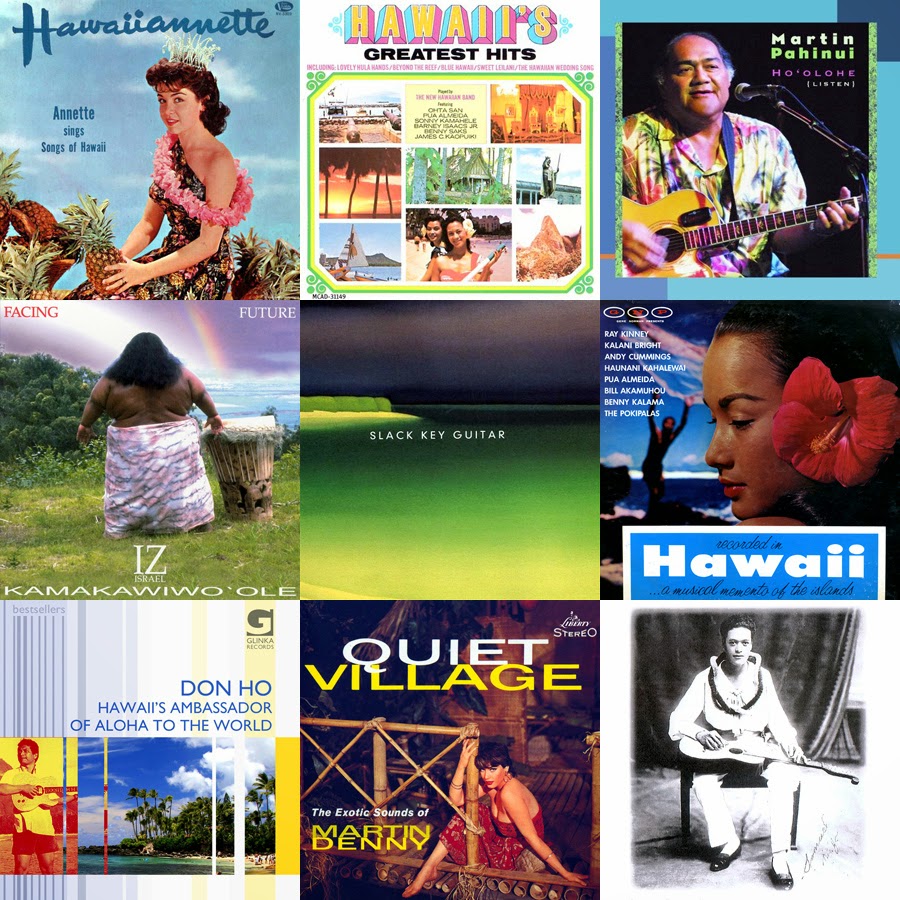 To transition us from the mainland and the recent posts on Walt Disney Productions, Annette Funicello eases our journey west with the catchy "(Every Night is) Date Night in Hawaii"—a melody which will stay with you forever, even after a single play. From there we go straight to Hawaii with the New Hawaiian Band, get a quick lesson in the local language from Martin Pahinui & Co., then a song from Israel "IZ" Kamakawiwo'ole, a unique voice who left this world far too young, and far too soon. Then there's a perfect example of slack-key guitar from Ken Emerson, and Don Ho, of course... it's NOT "Tiny Bubbles" (but a classic nonetheless!) Martin Denny's rich studio recording of "Hawaiian War Chant" swings us back east 'round Hollywood way. The musical arrangements of Martin Denny will be featured in an upcoming post later this year. 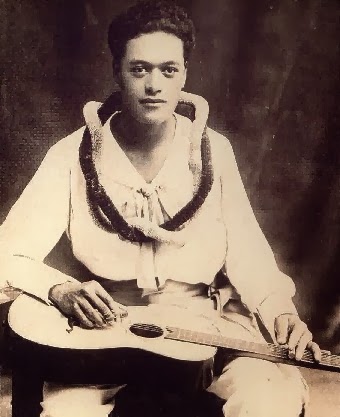 As usual, there's a FREE MP3 to get your playlist started, this time it features a vintage recording of a Hawaiian steel guitar from one of the pioneers of the format: Sam Ku West. Few recordings exist of West's performances, so this is something of a rare treat, courtesy of archive.org

You'll find the free MP3 by Sam Ku West below the list of the eight song suggestions. As usual, direct links to albums for both stores are provided below the description of each song, where you can listen to audio samples and purchase those that you might want to use to create your own Hawaiian-inspired playlist. Remember: I don't get a piece of the profits if you make a purchase—the links are there to make things easy.

On the Beach at Waikiki 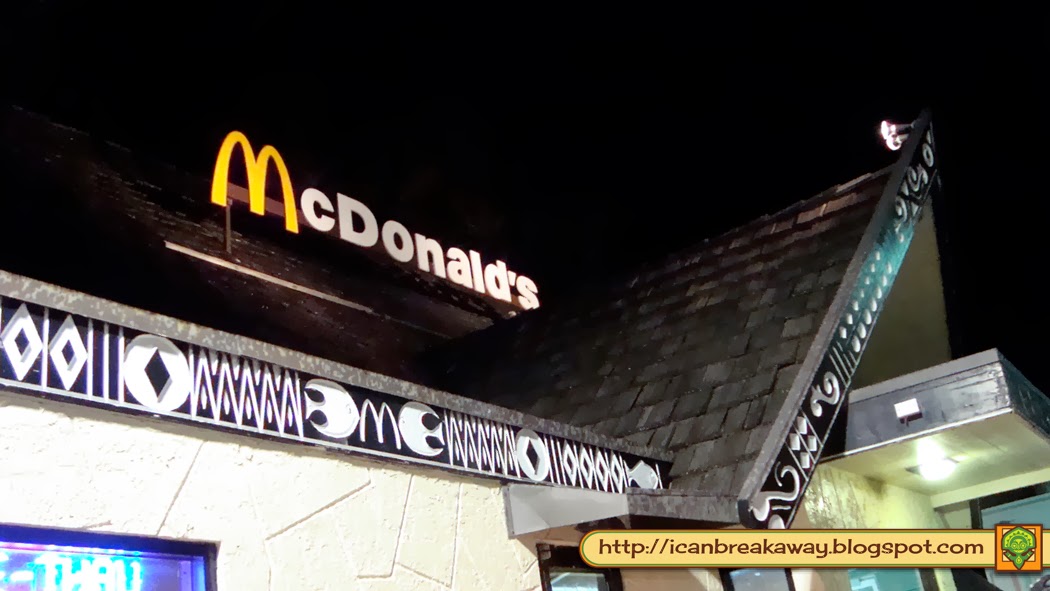 Thank you, Keri: you're in the 49th state, so the 50th state is the next logical step!

There's going to be a month's worth of Polynesian/Tiki material coming up here soon... until then, whip up that drink and enjoy some Hawaiian tunes! - Dan