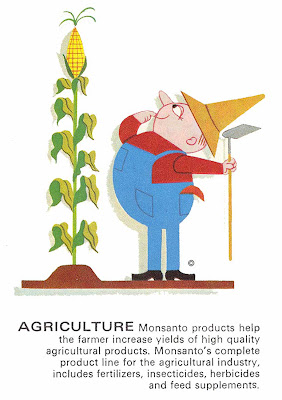 After a particularly vicious five months of cold weather in the northeast, Spring has finally arrived. Since we're already three weeks into the season, I thought it might be appropriate to pay tribute to those whom the season holds the most promise. Warmer days and refreshing rain showers are of particular benefit to the Farmers of the U.S.—to recognize their hard work this time of year, here's a suggested playlist of songs. 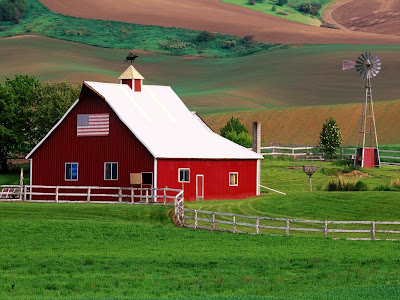 When an overall cultural dress is conjured up to represent a country, the garments reflect that region's trades, religions or traditions. A kimono-clad Geisha clearly represents Japan, a uniformed Royal Guard of the Queen suggests England, and so forth.

So what image best reflects the United States since it was established? It's a good bet the answer lies in our history, too: the American Cowboy represents the taming of the west, and the American Farmer represent those who tamed the land. 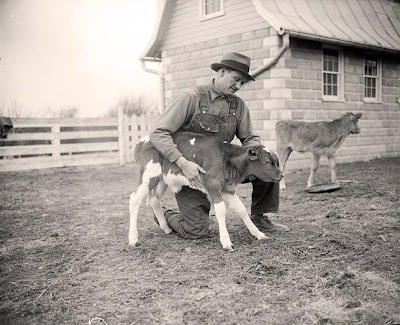 Though the agricultural industry is aided today by the benefits of technology and mechanization, the actual planting and growing of food hasn't changed much at all. With tradition in mind, let us set the table with a taste of farm-grown musical bounty, old and new. 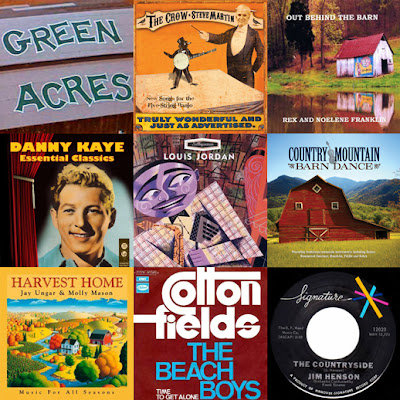 Whether you're planting a small garden or acres of corn, here's a suggested playlist of 9 songs to get you in the spirit—feel free to add some of your own favorite songs to get in the swing of spring. There's a great variety of themes and artists included here, from well-known entertainers like Danny Kaye and Louis Jordan, a rare country turn by The Beach Boys, some talented banjo picking of the multi-faceted Steve Martin, to music straight from the Heartland by Rex and Noelene Franklin and Jay Ungar. 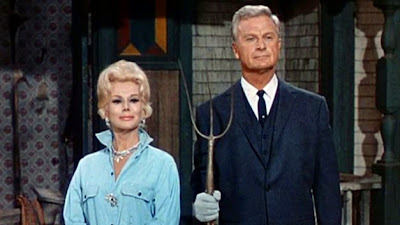 Of Course, No Farm Tribute is Complete Without a Salute to Green Acres
Image © Metro-Goldwyn-Mayer Studios, Inc., Courtesy of A.V. Club

As I like to do whenever possible, one of these songs is a free MP3 download: this time it's a B-side recording from a 1960 Signature Records 45* written and performed by creative genius Jim Henson. Henson's familiar, easygoing voice takes you from farm to the city and back again in the absurd, fun way that only the Master of Muppets could. 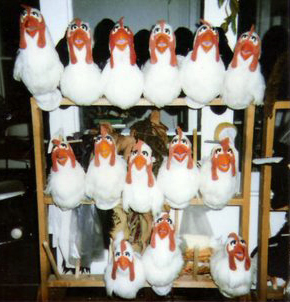 Each song listed below is available on Amazon.com and/or iTunes. Below the description of each song I've included links to the album for both stores, where you can listen to audio samples and purchase 'em if any suit your tastes. As usual, I don't get a piece of the profits if you make a purchase—the links are there to make things easy. 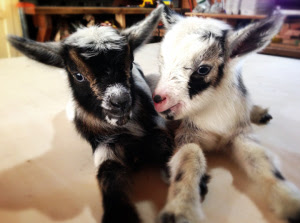 * Kids: ask your cranky, old Grampaw what this number means.
Posted by Dan at 11:49 AM