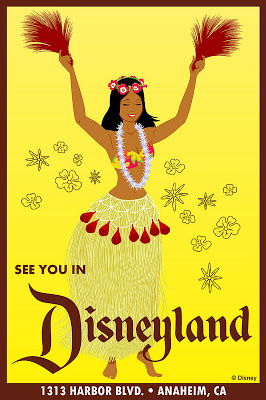 A conch shell bellows, echoing through a rattan canopy! Nope, we're not gonna watch Survivor... it's time to warm up these frigid days of January and head deep into the wilds of Adventureland. The next illustration in the "See You in Disneyland" series focuses on another beloved dining entertainment attraction: Disneyland's Tahitian Terrace Restaurant.

Our lovely hula dancer tells a story through her delicate movements, swaying to lilting melodies. Bright yellows set off the figure and suggest a bright, tropic environment, while the small flower vignettes that surround her are based on decorative images that once festooned the original Tahitian Terrace marquee in the 1960s.

There's some delicious, stylized illustrations of Polynesian Wahines on the vintage Tahitian Terrace menu pictured below. While I'm partial to that graphic style, I'm sticking to the self-imposed rules for "See You in Disneyland" in that the style must remain consistent when viewed as a whole.* You can view the continuing series on Flickr HERE

Located to the rear of Disneyland's Enchanted Tiki Room, The Tahitian Terrace operated during summers and busier times of the year from 1962 to 1993. Guests lined up to enjoy Polynesian-style dishes and live, island-themed entertainment. 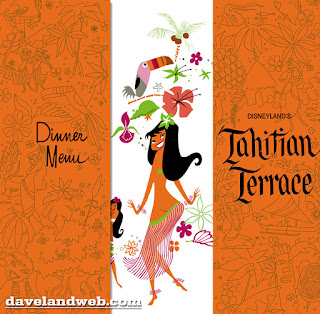 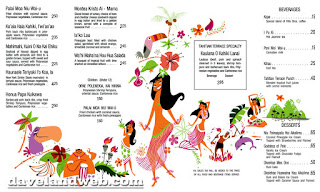 The continental United States maintained a substantial fascination in Polynesian culture by 1960, primarily due to the inclusion of Hawaii as the 50th state the prior year. The most telling instance of the craze that sustained for over a decade were the ubiquitous Hotels, Motels and condominiums themed to the South Seas across the 48 states—more so, the seemingly overnight explosion of exotic Tiki restaurants and bars such as Trader Vic's. 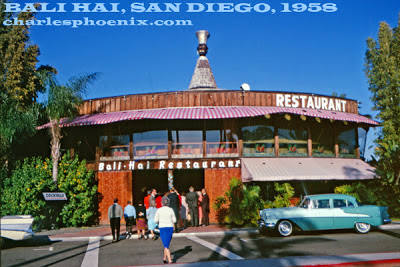 It was only natural that the appeal of such far-away tropic locales would find its way through the main gate of 1313 Harbor Boulevard. The Tahitian Terrace became a must-see dinner show, engaging diners with savory fare far west of the standard hamburger platter amid live dancers, drummers and fire walkers enshrouded by a placid waterfall curtain. 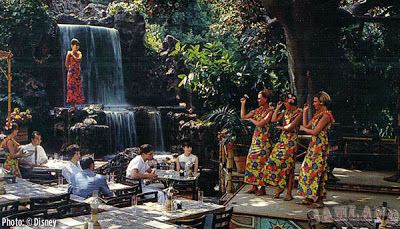 An original sponsorship by Stouffer's (and later, Kikkoman) kept the venue's life healthy, as operating costs go. By the dawn of the 1990s, live in-park entertainment was scaled back, and synergy-driven tie-ins became de rigueur. The Tahitian Terrace was placed on the endangered species list. 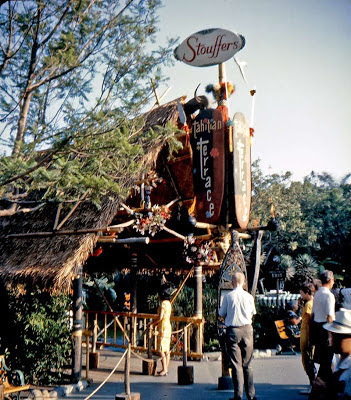 After all, thirty-one years is an admirable run for any dinner show. As the Tahitian Terrace served up their final meals in 1993 to make way for a dining experience featuring Disney's Aladdin, there remained a strong core group of fans whose only wish would be for the Genie to vacate and restore the former tenant. 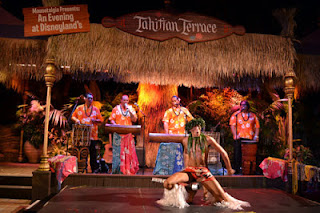 As recently as 2012, there was a one-night restoration of the Tahitian Terrace: a fan-based movement in co-operation with Disneyland management was hosted by the folks at Mousetalgia.com culminated in co-operation with Disneyland management successfully returned the dinner show for a special event. You can read all about the special evening on October 13, 2012 here at The Disney Project

The Happiest Reference on Earth 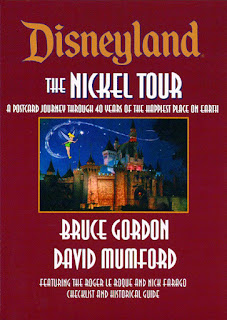 Disneyland the Nickel Tour:
A Postcard Journey Through a Half Century of the Happiest Place on Earth
by Bruce Gordon and David Mumford
Image Courtesy of Disneyland Postcard Reference Guide

Two of the most invaluable resources for visual reference in creating these illustrations deserve due credit and recognition. It is fair to state these blogs are the online equivalent of Disneyland the Nickel Tour.** Each site maintains repositories of Disneyland photos unparalleled in variety of historical breadth and content.

Dave DeCaro's Daveland Blog gathers vintage slides and photos from personal collections that would have never been available for public viewing, and posts them almost daily on his blog, then organizes them neatly at Daveland Web within an index categorized by area and attraction. Disneyland is the primary focus, but there are many more photo subjects at his blog, it's a great stop if you enjoy other locales such as Palm Springs or New Orleans, and subjects like old Hollywood. 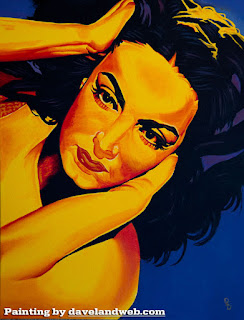 Besides being a skilled photographer, Dave is also an accomplished traditional artist. You can view portraits and more traditional painted works at The Art of Dave DeCaro—as you can see, he's quite the renaissance man.

Patrick Jenkins, known online as Matterhorn1959, also maintains one of the finest Disneyland-centered collections of rare personal photos and slides. In addition, Stuff From the Park presents high-quality scans of rare Disneyland ephemera such as menus, flyers, operating manuals and other documents from the Anaheim park. The lion's share of this online collection focuses on Walt's original park, but a generous sampling of other theme park imagery is featured as well. You'll find documentation of places such as Knott's Berry Farm and the long-shuttered Pacific Ocean Park. Frequent updates make his site worth a daily visits. 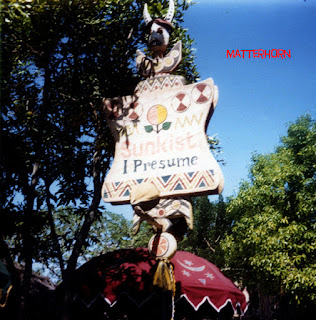 If you are interested in more vintage images of Americana from the past century, Patrick's sister blog Corner Cafe Images consists of glorious photos that capture everyday life and people in the United States. 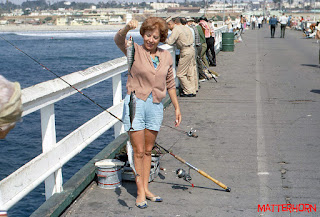 * This doesn't mean we can't have fun with stylized imagery elsewhere.
** Long out-of-print, Disneyland the Nickel Tour is widely heralded as the greatest book on Disneyland history published to date.
Posted by Dan at 4:59 PM