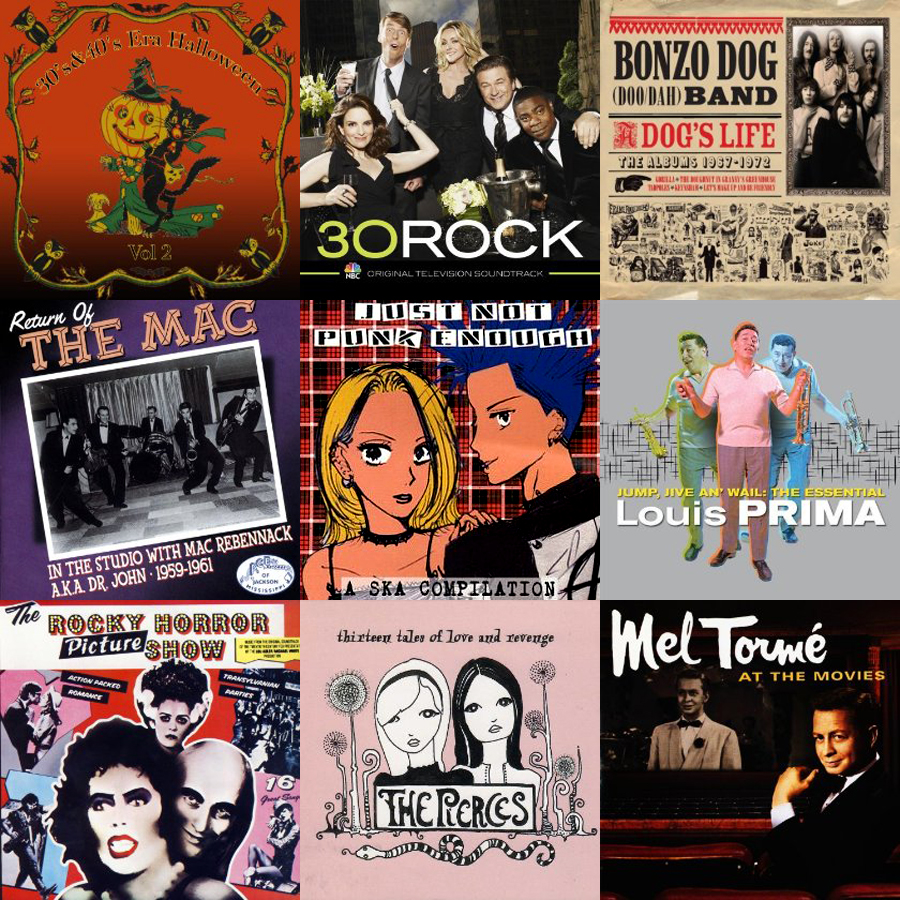 We wail a mournful funeral dirge to Summer 2012, as she has crossed into the ether of times past. An eerie sense of the macabre overtakes the blog: for the witching hour will soon knell, heralding full moons, spooky costumes, and fun-size "Snickers" bars for all.

So here's another playlist of 9 songs to get in the spirit of Halloween: use them as a springboard for your own playlist, then add some more songs to stuff yourself an audio trick-or-treat bag. 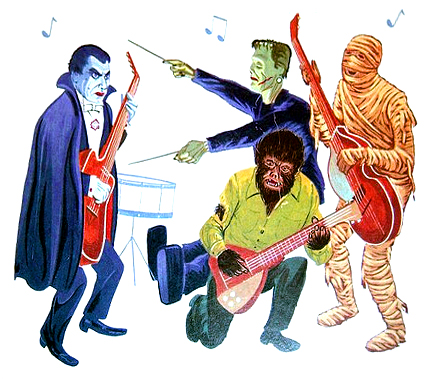 At most Halloween parties you'll hear songs like the "Ghostbusters" theme by Ray Parker Jr. and the original "Monster Mash" by Bobby "Boris" Pickett & The Crypt-Kickers. To keep things lively, most of these songs are deeper cuts with a spooky theme — to ease you into things, I did include "The Time Warp" from The Rocky Horror Picture Show (hey, it never fails to get people on the dance floor) and a punk/ska cover of "Monster Mash," which is a bit of subversive fun. 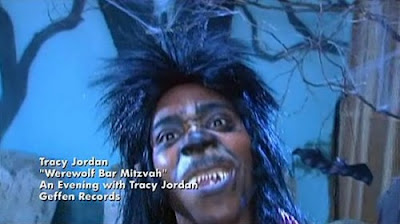 "Werewolf Bar Mitzvah" from 30 Rock has become a modern-day cult favorite for many, and "Monsters Lead Such Interesting Lives" is a smooth Lounge tune sung by Mel Tormé (as Daffy Duck) exclusively for a 1988 Looney Tunes short The Night of the Living Duck. An early recording by Dr. John touts the majesty of New Orleans TV horror movie host "Morgus the Magnificent," then find out what happens when you learn a quietly creepy "Secret" from The Pierces.

Each song listed below is available on Amazon.com and/or iTunes. Links for each are right next to each song title, where you can listen to audio samples and purchase 'em if any suit your tastes. Please note: I don't get a piece of the profits if you make a purchase, the links are included to make things easier. Lots to sample, so let's go: 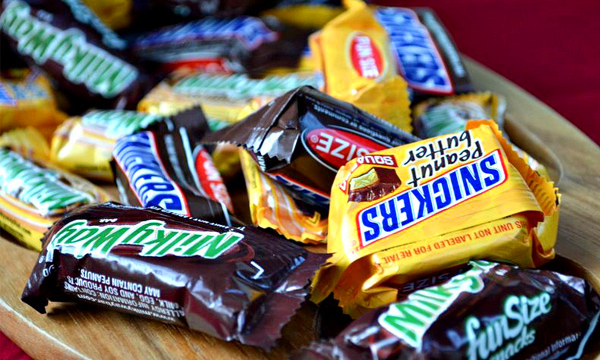 For the Summer 2012 playlist, there was a link to a FREE* downloadable MP3, and looks like I'm able to do the same as a Halloween treat. Any good [adult swim] fan will know this one from the first season of Aqua Teen Hunger Force: a candy-themed song performed by an evil diapered spider, posing as a youth rapper to summon sugar-rushes in order to benefit his diet pill pyramid scheme, hawked by re-awakened demons... aah, just click the link below and download it. 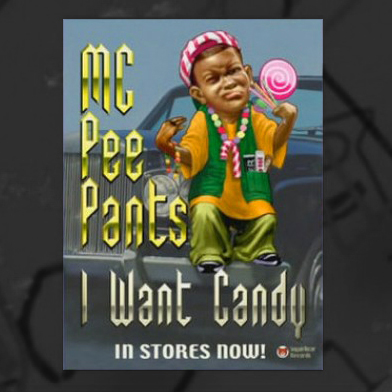 
* "I Want Candy" © 2002 Turner Broadcasting System, Inc. Audio file intended for historical and entertainment purposes only, it is not intended for resale or commercial release. I Can Break Away does not promote, advocate or approve of music piracy. If you hold the copyrights for the music track promoted here and would like your song file removed, please contact me and it will be removed within 24 hours.
Posted by Dan at 10:15 PM