Q&A with Laryssa Wirstiuk, Author of The Prescribed Burn 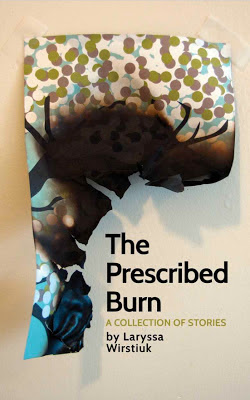 Cover Art for The Prescribed Burn
© 2013 by Laryssa Wirstiuk

A new year, a new blog post, and a new ongoing series we'll touch on from time to time here at I Can Break Away—to wit, book recommendations and reviews of notable tomes. For the first selection, we are very fortunate to gain some exclusive perceptions from the author by way of an informal Q&A session.

Now, I doubt any these posts will ever score Oprah's Book Club kind of numbers—but, hey, we can all benefit from a bit of culture and literary awareness. 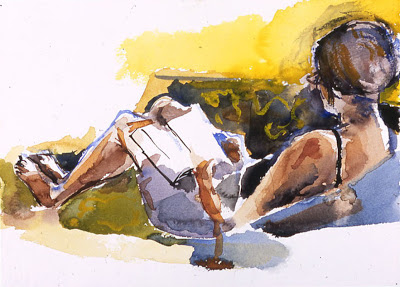 Reading has always taken center stage in my own life, the ability to enjoy doing so remains the most valuable gift I'll ever receive. I owe the most gratitude for this gift during my formative youth to the early efforts of PBS children's programming, and (more importantly) my Mother, who faithfully read to me daily, helping to sound out words and sentences. Over time, it became easy to distinguish good writing, and the path to discovering such is part of the fun. There's a passive excitement to browsing vintage and retail bookstores, or flooding countless periodicals and online resources through a mental sluice, trapping for literary gold. 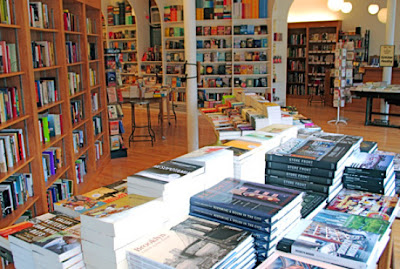 I've been equally fortunate to communicate with some interesting people via the social interactions of Twitter, some of whom I may never have the opportunity to meet in person. One of these interesting people is a vivacious author and professor named Laryssa Wirstiuk, whose talent and compassion are matched only by her zest for life. It seems Wirstiuk is always involved in something new and interesting—when she does take some downtime, the occasion is often documented with photos of her adorable miniature Dachshund, Charlotte Moo. 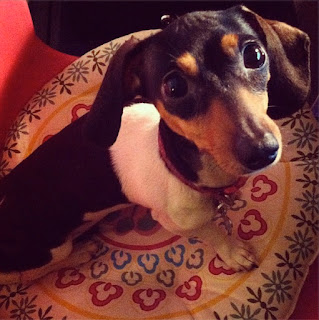 Some weeks back Laryssa mentioned she was working on something new. Upon a request to read a sample of her work, I was pleasantly surprised when she replied an entire collection of her short stories had recently been published. Samples viewed, an amazon Kindle purchase opened wide the full collection of inter-connected stories. Less than ankle-deep in the first chapter, a solid connection between reader and writer was established. Here is the formal review I gave her book on amazon.com:

The Prescribed Burn utilizes an atypical story structure, painting an engaging, ever-building portrait of the central character, Veda. Delivered as a first-person narrative, Veda's non-linear time line unfolds a compelling look into a young woman's formative-to-adult years, that strays from the usual conventions of its type.

Veda is neither outcast nor introvert: her strong Ukrainian heritage and a stronger creative drive are central to positioning Veda slightly askew from what her peers would consider ordinary. Her whisper-quiet brio is the very heart of Burn, as is the setting of the state of New Jersey (cheekily associated with Veda as being slightly askew in comparison to neighboring New York).

Laryssa Wirstiuk's writing method wins you over by lightly drizzling character-building events within the scenes of the mundane and everyday. The standard method of chapter-busting suspense and cliffhangers is disposed of, in favor of Veda's daily routine being shifted or interrupted with the moments that re-arrange her thinking. Wirstiuk sets up each scene masterfully in Veda's voice, drawing the reader into her mindset seamlessly. In doing so, the recurring theme of the book's title becomes powerful and clear by its conclusion.

Reviewers seem to have crafted opposing takes on the overall theme of the the book. Though some of the stories magnify her insecurities, I find Veda is always perfectly satisfied with her identity, searching only for the places and people to comfortably wrap around it.

The book struck a such an honest chord, it was a natural fit to have Burn kick off the book recommendations here on the blog. Though we've never met in person, Laryssa enthusiastically agreed to answer some questions about her book, her work and herself—so here's a bit of Q&A with author Laryssa Wirstiuk: 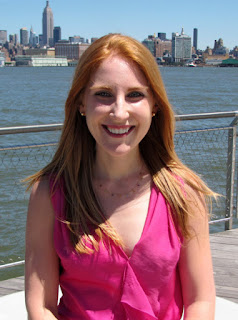 Thanks so much for taking the time to answer some questions. Before we get to the book: I know your area was affected by Hurricane Sandy, and you recently took part in a benefit to raise relief money. Has much of the damage been taken care of around Jersey City?

Thankfully, most of Jersey City was not badly affected by the storm, especially in comparison to other areas throughout New York and New Jersey. Some neighborhoods in Jersey City were without power for a week. Hoboken, which borders my neighborhood in Jersey City to the east and is located on the shore of the Hudson River, was very badly affected. I have never seen so much flooding before. Many businesses are still suffering there. When I decided to host a benefit event, I was thinking mostly about raising funds for areas like Hoboken and the Jersey Shore. 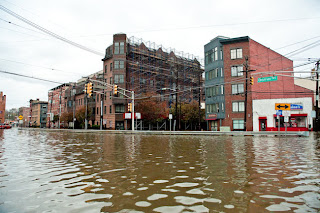 The Garden State plays a central role in The Prescribed Burn, which you’ve captured perfectly. I’ve often contended that New Jersey gets a bad reputation in that most people judge the state strictly by views off the Turnpike. MTV’s Jersey Shore hasn’t helped garner much goodwill either—yet everyone I know there is proud to call it home. Do you hope to remain, or are there greener pastures?


I grew up in New Jersey and couldn't wait to go away to college. I felt so strongly that I needed to live somewhere else—I fantasized about California and other states with warmer climates. I ended up in Baltimore, MD and remained in Maryland through graduate school. Surprisingly, throughout that time, I wanted nothing but to return to New Jersey and couldn't wait to finish school so I could move back home. As it stands, I feel very satisfied living here and don't see myself moving any time soon, but I'm not closed to the possibility of living in another place. I'm just the type of person who has trouble establishing a "home" in a location different from the place where I was born and raised. I think about that a lot: the concept of "home." 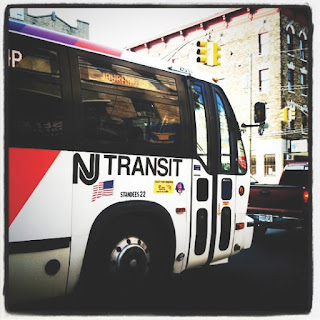 The Author Shot Photos Representing Each Chapter of The Prescribed Burn, Above Image From The Chapter "Not Homecoming"
Image © 2013 by Laryssa Wirstiuk

The stories that make up The Prescribed Burn seem to reflect much of your own personality and experience. Veda’s love affair with her home state of New Jersey, her creative drive, compassion and Ukrainian background appear as unfiltered snapshots of your mindset. The summer camp chapter in particular, is beautifully textured. How much of the framework is autobiographical?


I've definitely based some of my stories on real things that I've experienced—like going to an all-girl's high school, being in love with a place, growing up Ukrainian, etc. But Veda also represents my ideas and emotions that I haven't necessarily lived, at least not in those specific ways. For example, Veda is an only child, but I have a brother who is one of my best friends. Those situations that are only partially based in truth reflect more of what memoirists call the "emotional truth." In "Flame-Retardant Fabric," my story about 9/11, Veda is in art class with her best friend. It's true that I was in high school during 9/11, but I was in biology class without my best friend. The way I wrote the story is the way I wish it had been, the way that I can find the most truth in the situation. Sometimes, manipulating a memory is the way we find truth in it. 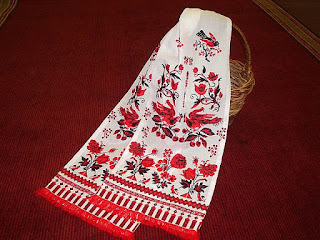 Small details of environments, moods and clothing shade the dialogue perfectly. While reading, I found myself comparing your writing style to an adult-oriented Beverly Cleary (intended as a high compliment!) Was there a particular author or authors that influenced your work?


I don't think I consciously try to emulate any author as I write, but I can't deny that the work of writers I admire must influence my writing. Around the same time that I fell in love with fiction writing, I fell in love with Lorrie Moore, a short story writer and novelist. Her protagonists are almost all females in rather awkward situations. They are normal women navigating the mundane details of life. She is a master of humor and language. I think reading her work gave me permission to write about flawed female characters. 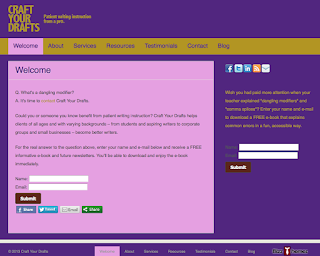 Absolutely: flawed characters are everything! As a cartoonist who writes his own stuff, I do understand when story must drive characters and vice versa. I’ve taken on my own “prescribed burn” in that I don’t let myself get precious with the characters: finding it’s far better to give them a rough time, followed by an unusual or sensible outcome. Do you write within those types of rules, or do you tend to let things flow?


Of course! Perfect lives are boring. Everyone, no matter how perfect they might seem on the outside, has something that troubles them. I like to explore those troubles, even if they seem insignificant or selfish or naive. And I like to be kind to my characters too, even though I'm torturing them.

Do you plan to revisit the character of Veda, or do you feel her story has been told?


My friends and family have encouraged me to keep writing Veda, but I feel like I have moved on from her. She was a character I created to explore ideas and concerns I had about a certain period of a young woman's life, and I'm now interested in writing about different subjects. I'll have to create a character who will help me navigate and explore these new interests. However, I'm very interested in writing about women and don't see myself straying from strong female protagonists any time soon. 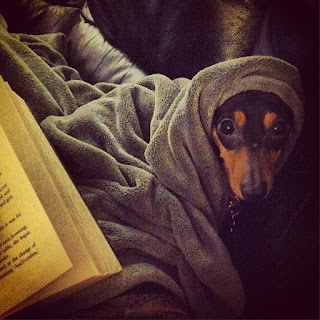 A Relaxing Read With Charlotte Moo
Image © 2013 by Laryssa Wirstiuk

What type of writing do you navigate to for your own, recreational reading?


I like to read everything! My passion is writing so I want to know how it works on every level. My current challenge is to finish Anna Karenina during my winter break from teaching. But the next book on my list is a nonfiction book called Uncreative Writing, which is about the role of the Internet and digital media in creativity, especially in poetry writing. I read both to help me grow as a writer and to help me grow as a teacher. I'm always looking for the next best thing to share with my students. 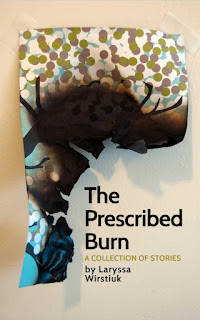 The Prescribed Burn: Available in Paperback and Kindle Formats
© 2013 by Laryssa Wirstiuk

Thanks again to Laryssa for sharing her valuable time and insights. For those interested, a generous, multi-page preview of The Prescribed Burn is viewable at amazon.com—if you enjoy the sample text as much as I did, the book is currently available in both paperback and Kindle formats.

I'll be back with some new posts very soon, now that the Holiday season has come to a close. Check back here for the next illustration in the See You in Disneyland series, followed by a break from the cold weather with a visit to the South Seas!
Posted by Dan at 11:12 PM